For equestrians, there is nothing more exciting or nerve-racking than welcoming a new horse into your life, especially when that horse is a Hanoverian warmblood youngster who has travelled 2,900 miles to fulfil your long-held wish. 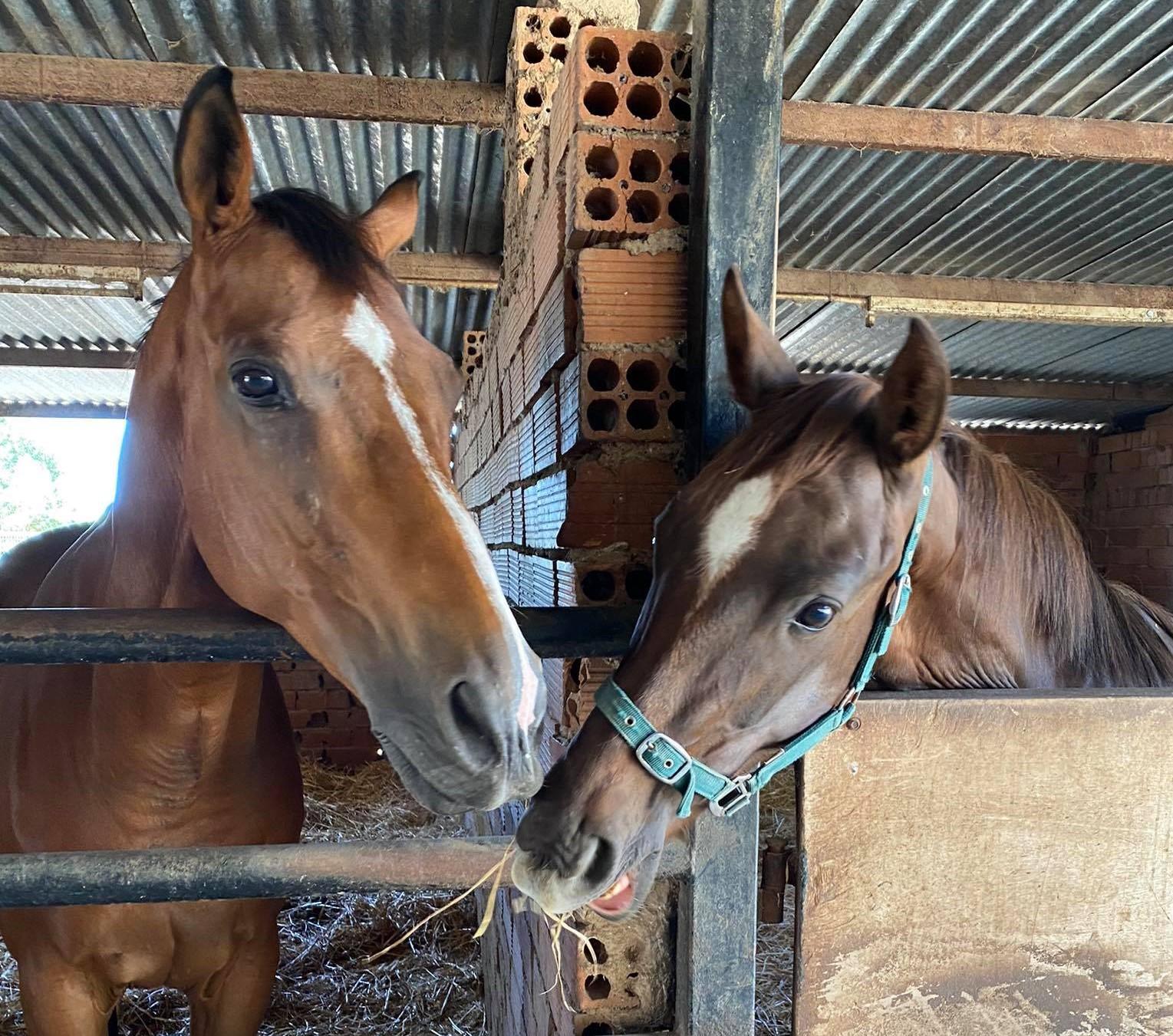 And therein also lies the guilt – because it’s a hell of a journey to make for a two-year-old.

Naturally, you look at the bigger picture – at the life and the love to come – and hope that in time he will be able to forgive you for wrenching him from his pals and transporting him to a place far removed from anything he has ever known. And, so far, Sundance certainly seems to be in forgiving mood.

Of course, these are early days.

Having heard reports en route that my boy was “very lively” and “a bit, um, special”, I was quietly concerned that I had taken on more than I could handle. Had I got myself too much horse? Had my vanity run roughshod over common sense?

After taking a look at his passport, and seeing such greats as Dancier, De Niro, Quaterhall, Jazz and Lauries Crusador in his lineage, this possibly still holds true.

But right now, eleven days into his new life, I am thinking Sundance is one of the best decisions I have ever made – along with bringing Lucky, Mina and my first horse Achilles home.

With reports of Sundance merrily trampling upon all and sundry during his transit over land and sea, not to mention blowing into George’s Ranch like an adrenalin-fuelled tornado, the initial concern was how to separate him from his herd and travel buddy Denver without causing further distress and possible injury.

Having spoken to the Ranch’s incredibly experienced transportation guy, Yiannis Vassiliou, the advice was to separate the boys immediately. However, when it became clear that Sundance might jump the stable door if detached in such an abrupt manner, we put Denver in Lucky’s stable, next to Sundance.

A few hours later, once they had eaten and cooled their boots, we quietly moved Denver to his own stable further down the yard and brought in Lucky from the paddock. Though there was a moment of confusion, Sundance accepted the trade almost immediately. And Lucky, who is usually indifferent to other horses, was attentive and sweet from the start.

The following day, Lucky was caught on camera passing hay from his stable to Sundance. Oh, my heart!

As Sundance is only two years old, there is clearly some time for our bond and friendship to grow before we even think about backing and, to my relief and delight, this amazing little horse is incredibly people-friendly.

Though he can be hot, headstrong and obstinate when confronted with something new, such as a shower area, he is relatively quick to calm down and I’m finding that quiet repetition yields the best results in terms of ground manners. He is also a sucker for a back scratch, which puts another reward in my toolbox.

It’s amazing how quickly both Sundance and Denver have settled into this new world, with both appearing to be fairly unfazed by life in a busy equestrian centre, and this week we will begin introducing Sundance to some new paddock buddies because, as much as I love him – and as much as he seems to welcome interaction with me – he needs to play, scratch and be admonished by his own kind.

In the meantime, I’ll be there, waiting in the wings with carrots and apples – and my heart bursting with love.