This spring, I welcomed a nervous, but incredibly sweet two-year-old Hanoverian warmblood into my life. And in the space of three months, this doe-eyed prince that I named Sundance has turned into a badge-wearing hooligan of Millwall proportions.

Where Sundance once used to nuzzle me looking for reassurance, he now approaches me with all the finesse of a Great Dane on steroids. He eats like a man starved, pulls like a train and will bite anything within lunging distance of his mouth, revealing a special fascination for my ass and lower legs. 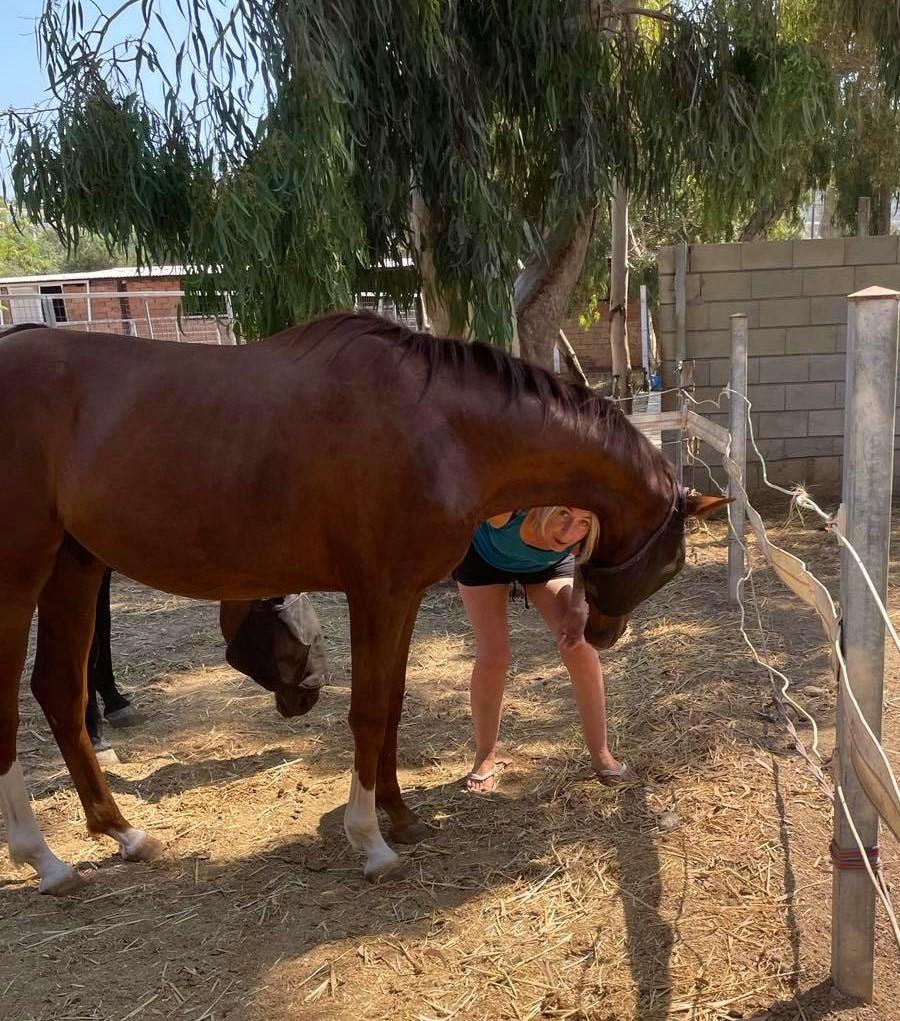 Naturally, the sudden introduction of teeth into our fledgling partnership, has given me cause to wonder, but a friend informed me that biting is actually a sign of affection and, according to a Google search, she appears to be correct. However, as Sundance also undid a girl’s bra two weeks ago, this affection has the potential to be seen as borderline sex pest.

Then, to top off all the biting and pushing and sexual deviance, Sundance has started to explode with sudden bursts of energy that you can almost set your watch to. Usually, these occur an hour before sunset, as the air cools and an easterly wind picks up, and he deftly displays all the gymnastic elasticity of Simone Biles with none of her instinct for self-preservation. Of course, these leaps and flips have thrown up some interesting debate regarding Sundance’s future backing, and ‘challenging’ seems to be the general consensus.

Unfortunately, now that Sundance has developed into a fully-fledged hoolie, this also means battle scars, and this week, when I brought my spirited pride-and-joy in from the paddock, I was dismayed to find an inch-long gash in his shoulder and a scrape along most of the right flank. In the fading light, Sundance looked like he’d come second in a knife fight and frantic calls were immediately made as my friend and I tried to ascertain whether this was a wound that might need stitching. 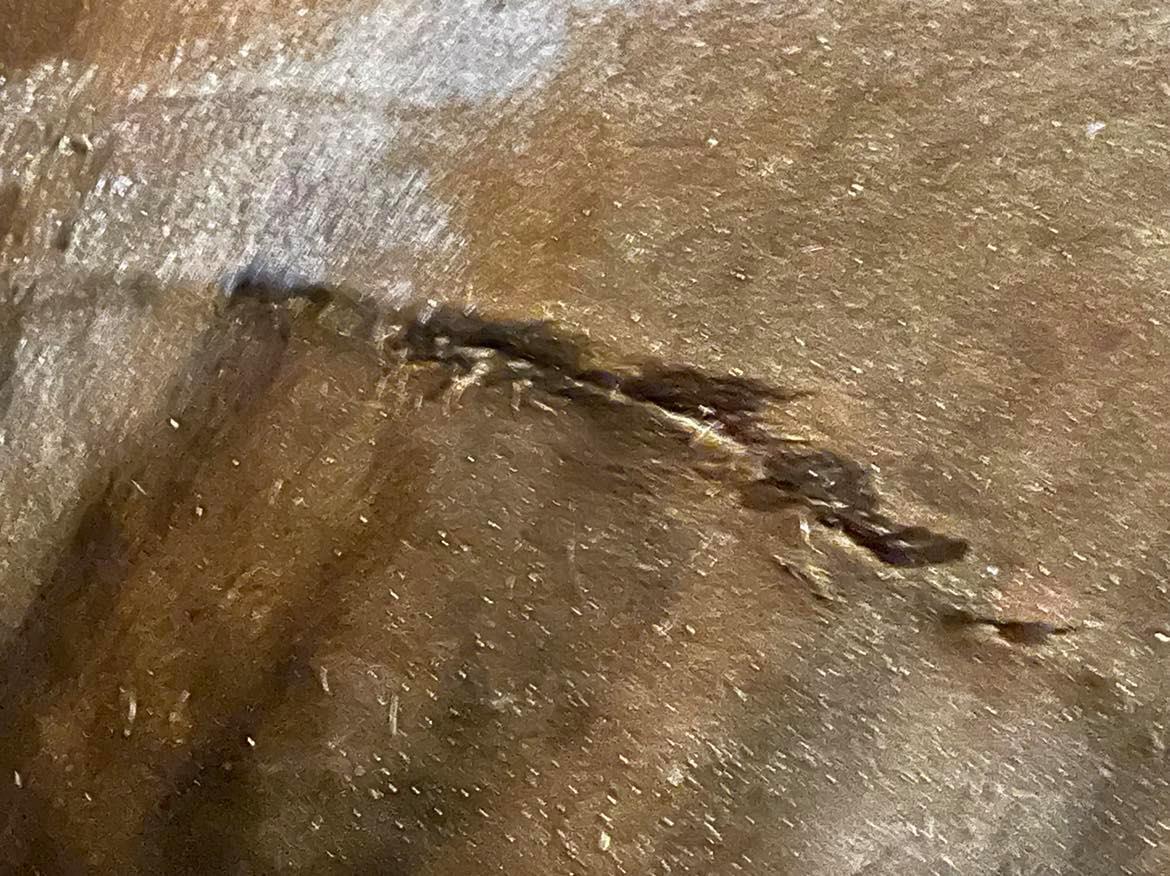 Thankfully, my friend’s ex-veterinary husband told us both to calm down, clean him up and chill. So, after liberally applying Aqueos First Aid Spray to the cuts I reached for my go-to-for-every-emergency-award-winning Aqueos Spray-On Plaster. 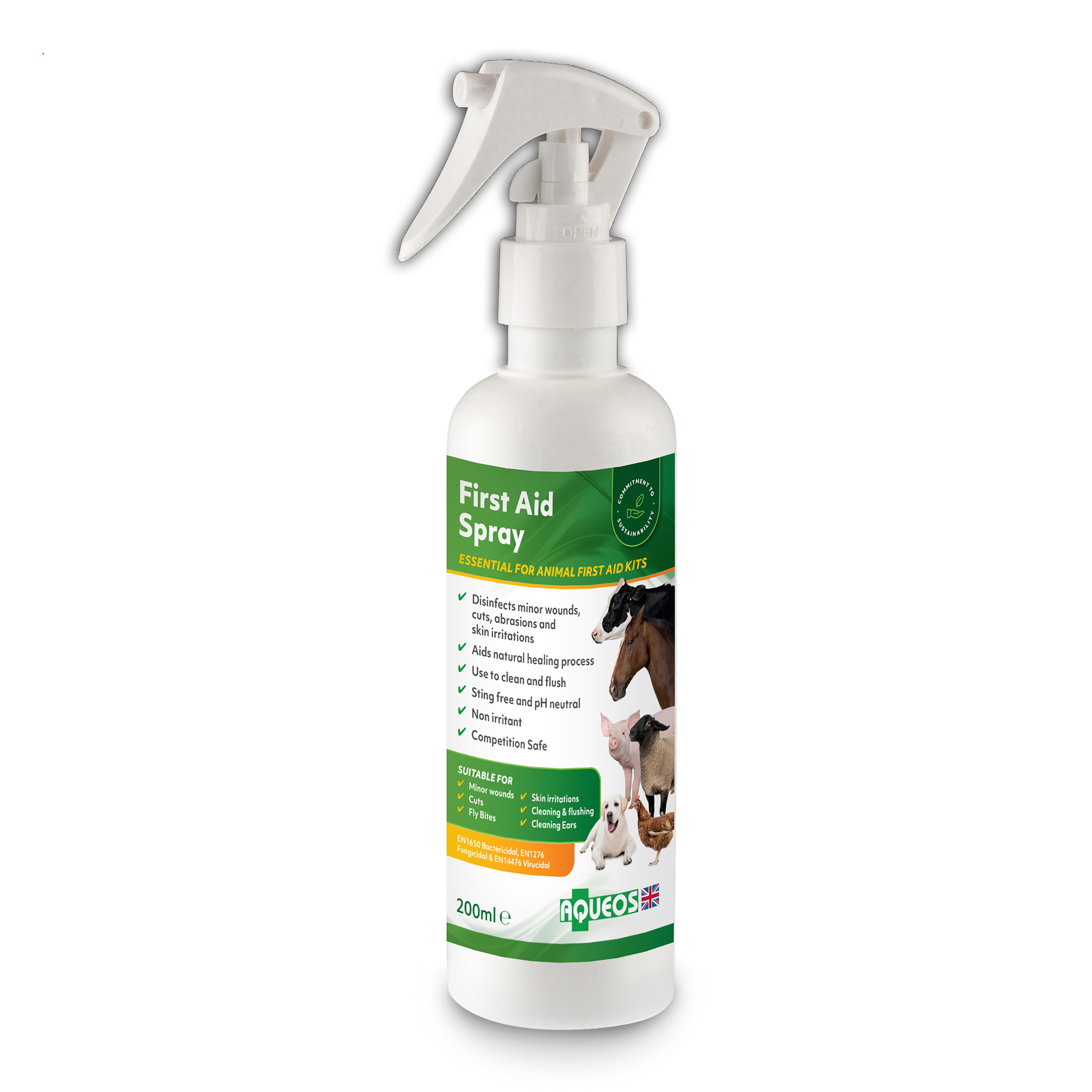 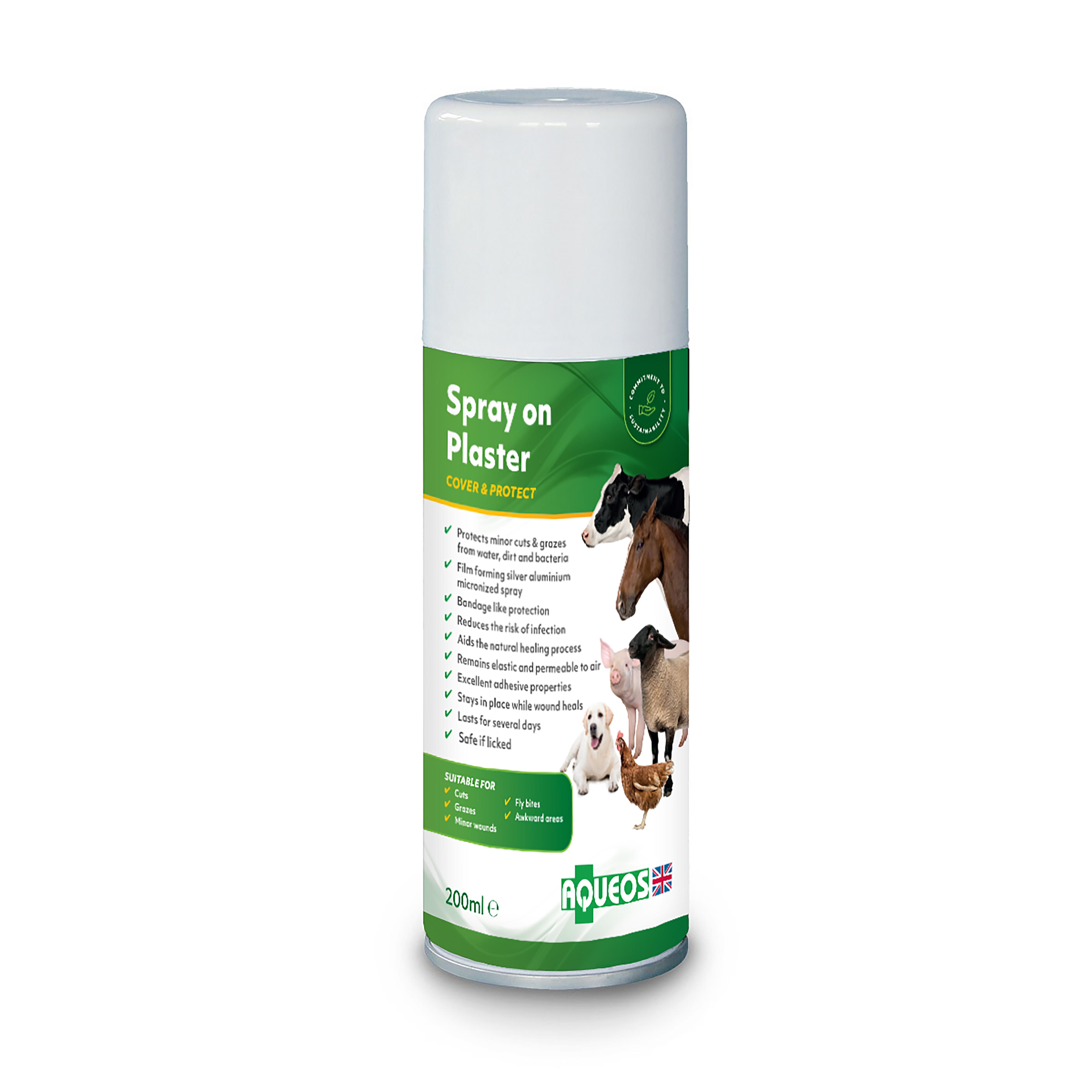 As Sundance hasn’t yet mastered the art of standing still, let alone standing still while being spray painted, he was quite the silver fox by the end of my efforts.

Once I was done, there was little I could do but hope the plaster did its job; keeping his cuts free from the dirt, dust and flies that make injuries such a nightmare to deal with during our increasingly hot and humid Cyprus summers.

Of course, I needn’t have worried, and to be honest, I didn’t too much because last summer my Spanish mare Mina scalped her knees following a clumsy stumble out hacking. She was good as new in a week thanks to the spray-on plaster. And, as it happened, Sundance was pretty much healed within 24 hours of his accident, which just goes to show how good these products are and how overly-dramatic my initial response had been. But hey, no harm done. In fact, quite the opposite.

Though Sundance is only two years and three months old, it’s clear he needs a little more handling than other youngsters if I am to have a hope of curbing his slightly wired and wilful nature. Anyone who knows me, knows I’m a soft touch with my horses, but I’m also a realist, which is why I’m also a member of Tristan Tucker’s TRT Method. So, today I began Sundance’s education by teaching him to think for himself, look after himself and own his moments of calmness.

Naturally, he also owned a couple of moments of vertical resistance, but these were quickly deflated and, in all honesty, when I kissed him goodnight this evening, because I am a soft touch, I noticed a striking difference in his demeanour. It might have been the cooler, balmy evening, or the lifting of the horribly oppressive humidity, but it felt like the beginning of connection – an understanding between the two of us that, no matter what, we are a team.

And no, his attention had nothing to do with the apple in my hand.