I had never heard of the equine herpesvirus before February – and following the deaths of 18 horses, I hope I never hear of it again. This disease, that swept through a Spanish showground with devastating consequences, has proved to be swift and brutal, leaving many horses so utterly weak that they had to be hoisted off the ground and cradled in slings to get them to stand. The outbreak was a tragedy of monumental proportions, stealing the lives of world class competition horses and rocking the equestrian world to its core. But as scientists now scramble to work out why this strain of the virus was so aggressive, the experience should serve as a reminder to all competition venues, transportation companies, yards and owners about the role hygiene plays in keeping our horses safe. 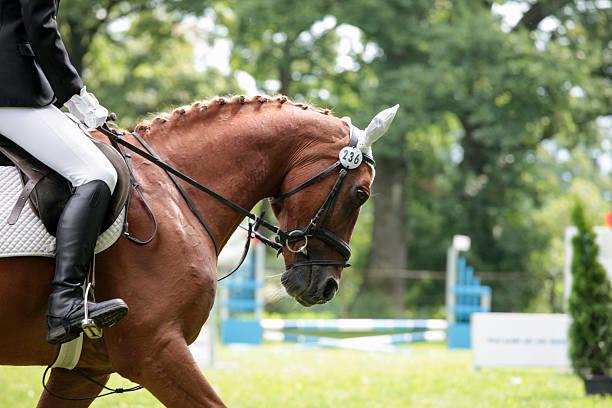 For those who might not know of the nightmare that unfolded in Valencia, here is a brief recap. An outbreak of equine herpesvirus type 1 (EHV-1) occurred during an international horse jumping competition, affecting scores of horses and leaving some of them too weak to even stand. At least 18 have since died while others have had abortions or needed surgery to repair organ damage.

As some 600 of the 750 horses participating in the event had already headed home by the time the Spanish authorities understood what they were dealing with, the race began to contain the virus. The International Federation for Equestrian Sports (FEI), cancelled all European events and the horse world effectively went into lockdown.

Now scientists are trying to work out why a virus that typically produces milder symptoms, struck with such violence, especially among mares. Some suspect the vaccine against EHV-1 might even have played a role.

Although equines herpesvirus is not uncommon, the variant known as type 1, can cause serious neurological damage. As Valencia has shown, it also kills. Typically, less than 15% of infected horses exhibit neurological symptoms, but in Valencia up to 40% of sick horses showed signs of neurological damage. There were also intestinal blood clots that needed surgery, swollen legs, instability and unusually aggressive behaviour.

According to Science magazine, researchers are considering a number of factors that might have triggered the extreme response such as travel and vaccination programmes. Some horses can spend up to three days travelling to competition venues, and recent studies have shown that even after a 12-hour trip, a horse’s immune defence against EHV-1 drops, increasing the chance of infection. As roughly 80% of the most severe Valencia cases involved mares, researchers are also looking into whether medications used to stop the mares’ reproductive cycles might have contributed to illness. One drug, altrenogest, is based on progesterone, which has been shown to weaken immune function. Past studies have also hinted that horses might be at higher risk of neurological symptoms in the weeks after being vaccinated.

Thankfully, following the successful implementation of protocols for horses returning to the UK, the disease risk in Britain is nearing normal levels. The FEI has also issued a number of guidelines to keep horses safe, advising owners that a vaccine against EHV-1 and EHV-4 is available, though it does not protect horses against the neurological form of the disease. The vaccine does, however, help to reduce the shedding of the virus, its transmission to other horses and the severity of the respiratory form of the disease.

The FEI further recommends that horses that have mixed with others are closely monitored on their return home and their rectal temperature taken twice daily. Where horses have travelled, strict hygiene measures should be carried out at the home stables, to reduce the transmission of the virus to other horses. It is also important to make sure that horses do not share equipment such as water buckets or troughs, feed bowls, tack and grooming equipment. Anyone working with horses is also advised to wash their hands in between handling. All vehicles used for transportation should also be thoroughly cleaned.

Of course, regular readers of this blog will know that one of the reasons for its existence is to plug Aqueos products and let you know what’s out there – and in this case, ‘what’s out there’, could be a lifesaver.

Most of you will know about Tracy’s (Aqueos) ever-growing range of disinfectants that come in the shape of wipes, sprays and liquids capable of sanitizing everything from hands to tack to stables, but the new deep-cleaning ‘fogger’ is probably this season’s must-have, as well as next season’s and the season after that. 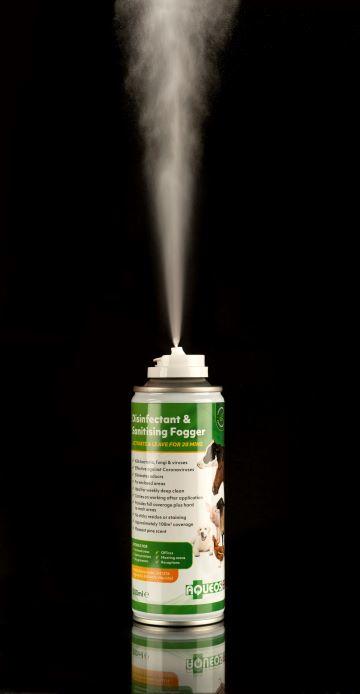 In basic terms, the Disinfectant & Sanitising Fogger is a simple-to-activate aerosol can that kills bacteria, fungi and viruses, including coronavirus. The propellant inside the aerosol emits a fine mist of powerful disinfectant for 20 minutes, providing full coverage to all surfaces in even hard-to-reach places, thereby reducing the risk of contamination in high traffic areas.

In these nightmare times when viruses in one form or another have left scars across the globe, it has never been more important to go that extra mile to protect the health of those we love – whether they be animal or human – and the fogger can be deployed in any enclosed area from offices, reception areas and meeting spaces to dog grooming salons, veterinarian practices, equine premises, equine transport and kennels.

Right now, the signs are looking hopeful that the march of the EHV-1 virus has slowed considerably, but if Valencia – and the continuing coronavirus pandemic – has taught us anything, it’s that these tragedies can strike out of nowhere with horrendous results. So, please, do what you can to protect yourself and your horses. And should your horse display any signs of illness in the current climate they should be isolated immediately and examined by a veterinarian.