Giardia is a parasite that is found all over the world, infecting both people and animals. It can cause very unpleasant watery diarrhoea  in pets. It can also be exacerbating for pet owners since it can take a while to treat. The good news is that there are things you can do at home to help resolve the infection, alongside your vet’s treatment. 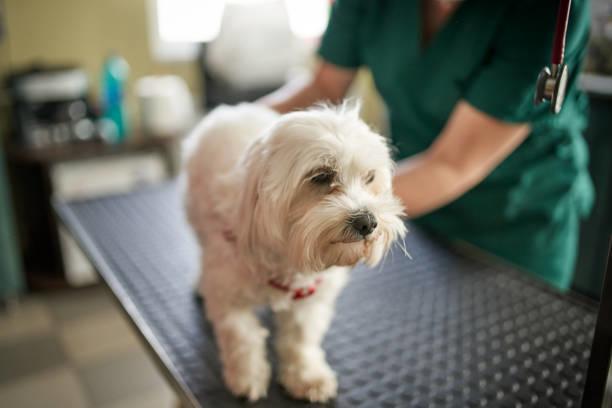 Giardia is a microscopic (too small to be seen with the naked eye) single-celled parasite, called a protozoan parasite. It can infect the intestines of dogs, cats, people and other mammals. It is found all over the world.

Giardia has an active form and a dormant cystic form. Giardia cysts can survive in the environment for months. During this time they are infective, so they can infect people or animals who come into contact with them.

How do dogs become infected with Giardia?

An infection of Giardia is called giardiasis. Dogs become infected by eating Giardia cysts and there are several ways this can happen:

By eating something containing Giardia cysts, such as another dog’s stool or contaminated soil

By rolling in contaminated soil or faeces and then grooming themselves

Once eaten, the Giardia turn into their active form, which attach to the wall of the intestine to feed. After 5 – 16 days, the infected dog will start passing Giardia cysts in their stools, which can then go on to infect other animals.

How do I know if my dog has Giardia?

Some dogs can have Giardia and show no symptoms at all. This is usually when numbers of the parasite are low, or in healthy adult dogs. When lots of Giardia are present, or it is a puppy or elderly dog who is infected, then giardiasis can cause nasty symptoms.

The signs of Giardia include:

Watery diarrhoea, which is normally frequent

Diarrhoea which is intermittent, meaning it seems to get better but then comes back

Mucous in the stools

Blood in the stool is possible

Naturally, all of these symptoms can be caused by other illnesses, some of them being more serious. If your dog has any of these signs, then you should contact your vet as soon as possible.

How is Giardia diagnosed?

Giardia can only be diagnosed by a vet, who can perform a thorough exam on your dog. If your vet suspects Giardia, they will send a stool sample to the lab for a diagnosis. They may ask you to collect a bit of poo from several different stools to send off. This is because dogs infected with Giardia only pass cysts in their stools intermittently. So sending poo from a few different stools increases the chances of detecting the parasite, if it is there.

Your vet may also want to run some other tests, such as blood tests, to rule out other conditions or to see how unwell your dog is.

How is Giardia treated?

Your vet will advise you on treatment, which will depend on your individual dog’s needs and their underlying health. Treatment usually involves a high-dose course of fenbendazole, a drug used to treat several intestinal parasites, alongside treating the environment. Your vet may also prescribe a course of metronidazole. Your vet will re-test your dog’s stools after 2-4 weeks, to check that the infection has resolved.

Your dog may need treatment for their symptoms too unless they are mild. This could involve probiotics, rehydration salts, a special diet and/or kaolin to help firm the stool. If your dog has a severe case and is dehydrated, they may need to be hospitalised for a fluid drip.

So, what do I do if my dog has Giardia? Well, because it is very easy, and common, for dogs to continually re-infect themselves, you will need to be treating the environment at home too. This involves:

Regularly bathing your dog with a dog-safe shampoo, to remove any Giardia cysts from their coat.

Picking up their stools promptly and safely disposing of them.

Disinfecting the home daily with a human and pet-safe disinfectant that is active against Giardia cysts. This includes surfaces, floors, and bowls. 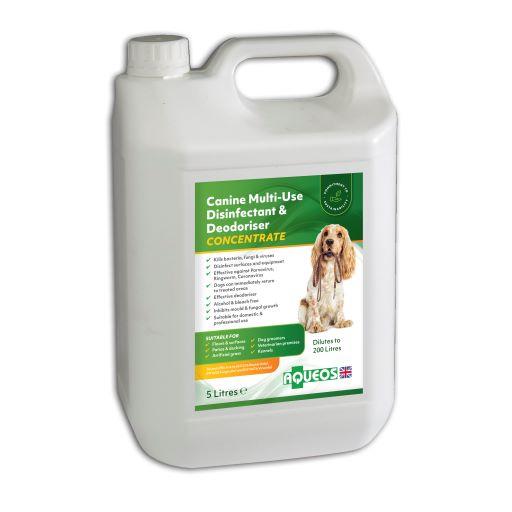 You will need to continue with these measures until after your dog’s treatment has finished, and ideally until after they have been re-tested to see if the Giardia has resolved.

It is possible for humans to become infected with Giardia from their dog. This means it’s important that you wear gloves when handling your dog’s stools, wash your hands for at least 20 seconds after touching your dog, and regularly disinfect surfaces with a suitable disinfectant.

If you have any concerns about your own health, you should contact your GP for advice as soon as possible.

Is Giardia in dogs serious?

Thankfully Giardia is not (or very rarely) fatal. Very young puppies, elderly dogs and dogs who are immune-compromised are at the most risk of being seriously affected. That is not to say it isn’t a nasty infection. It can cause diarrhoea that isn’t pleasant for the dog or their owner! Giardia can also be very frustrating, as it can seem to resolve and then recur and often comes back.

Giardia is a protozoal parasite that infects the intestines of dogs, cats, humans, and other mammals.

Giardia is zoonotic, meaning it can be passed from dogs to humans.

Diagnosis is by a vet, through a stool sample.

Treatment involves a course of anti-parasitic drugs, alongside treating the symptoms.

Treating the environment at the same time is crucial in preventing recurrence.

Giardia is not usually serious, although it can be in very young, very old, or immune-compromised dogs.