The skin is a vital organ with many functions, including protection and warmth. This means skin problems can have a dramatic effect on a dog’s well-being. Skin disease of varying severity is very common in dogs and is one of the most commonly seen conditions in veterinary general practice. Let’s look at one of these conditions in more depth, canine pyoderma.

What is canine pyoderma?

Pyoderma literally means ‘pus’ (pyo) – ‘skin’ (derma). So, pyoderma is a bacterial infection of the skin. Canine pyoderma is almost always secondary to, or caused by, another condition.

What causes pyoderma in dogs?

All dogs have a healthy population of bacteria on their skin. Canine pyoderma happens when the skin’s defence mechanisms are impaired in some way, meaning that bacteria can invade the skin and cause infection. This means canine pyoderma is always secondary to another issue, such as:

Trauma to the skin

Parasites, such as fleas or mites

Allergies to fleas, substances in the environment (such as pollen), or food

Medications that suppress the immune system

Illnesses causing immune system suppression, such as some viruses or cancer.

Puppies can also develop a specific type of pyoderma in areas with less hair covering, unsurprisingly known as ‘puppy pyoderma’. There is usually no underlying cause in these cases.

What are the signs of canine pyoderma?

Scratching is often the first symptom that owners notice. However, it’s important to be aware that pyoderma is not always itchy! The signs to watch out for include:

Pimples, with a pus-filled centre spot

These signs can be widespread over the body, or only affect a specific part. There is a greater risk of pyoderma developing in warm, moist areas such as skin folds, the armpits, and the groin. This is because bacteria love a warm, moist environment!

Canine pyoderma is not contagious to humans, although the underlying cause may occasionally be. For example, certain mites such as scabies can be transmitted to humans.

How is canine pyoderma diagnosed?

Your veterinarian may suspect pyoderma from their physical exam and history taking. This could be confirmed by taking some skin scrapings and impression smears. This sounds nasty but it is well tolerated by most dogs! The procedure involves gently scraping at the surface of the skin with a scalpel blade to collect some material, which is then placed on a slide and examined under the microscope. Sellotape is often used to collect surface material too. Skin scrapes and smears enable your vet to look for bacteria, fungus, and mites.

Your veterinarian may wish to send off a skin swab for culture and sensitivity, to find out which bacteria are causing the infection and which antibiotics will be effective against those particular bacteria.

Your vet will also investigate for the underlying cause of the pyoderma if:

the pyoderma is not resolving

Investigating the underlying cause could involve any of the following:

skin biopsies under a general anaesthetic

Investigating the underlying cause can sometimes take a bit of time, since there are a number of possibilities to be ruled in or out.

How do you treat pyoderma in dogs?

Typically, treatment consists of a long course of antibiotics, lasting 3 to 4 weeks. In cases involving the deeper layers of the skin, the antibiotic course may need to be up to 12 weeks.

Ideally, the antibiotic should be chosen based on ‘culture and sensitivity’ results. This is where a skin swab is sent to the lab for analysis, to see which bacteria are responsible for the infection and which antibiotics would be effective. This is especially important in more severe or recurring cases. 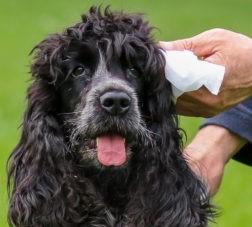 Antibacterial shampoos can be particularly effective when the pyoderma covers larger areas. These shampoos act to remove dead skin and crusts, have antibacterial action, and can help to soothe the itch. It’s really important that you read the instructions carefully, since many of these shampoos need to be left on for 10 minutes before rinsing, in order to be effective.

Antibacterial wipes are especially good for cleaning within skin folds, both during treatment and also to help prevent further cases of pyoderma within the folds. 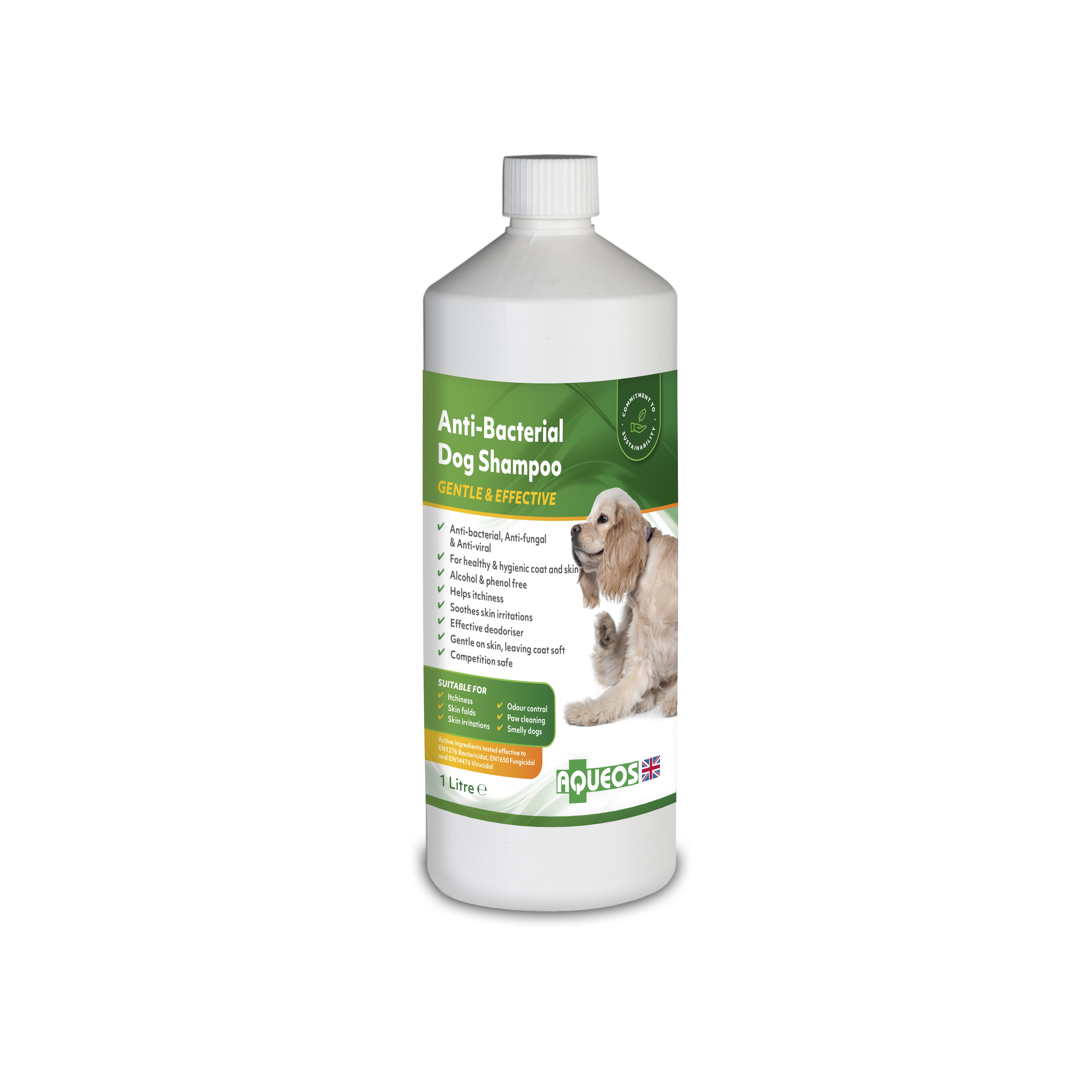 Preventing further scratching, licking, or self-trauma is an often forgotten, but very important part of the treatment. Treatment is very unlikely to work if your dog is constantly scratching or licking the skin, damaging it further and allowing further bacteria to penetrate. So, if your veterinarian advises a buster collar or other method of preventing self-trauma, then you must follow their instructions!

Other treatments may also be needed to treat the underlying cause, such as treatment for allergies.

Most cases of canine pyoderma resolve well with treatment, as long as the underlying cause is also addressed. If you suspect that your dog has pyoderma then you should consult your veterinarian as soon as possible. Often, the sooner treatment can be started, the better the outcome.